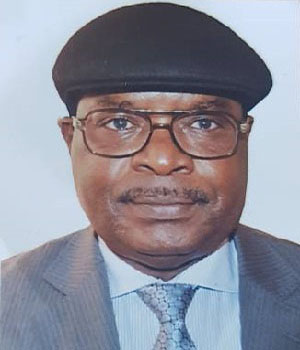 Hon. Justice Ishaq Usman Bello was born on 5th January, 1956 in Zaira, Kaduna State. He began his Primary Education at St Bartholomew Primary School Wusasa, Zaria in 1965, before moving to L.E.A Primary School T/Jukun Zaria, where he obtained his First School Leaving Certificate in 1972. He acquired his West African School Certificate (WASC) from Government Secondary School, Katsina in 1976 and his IJMB Certificate from Katsina College of Arts, Science and Technology in 1979. He proceeded to Ahmadu Bello University, Zaria where he bagged his LLB (Hons) in 1982. In 1983, he obtained his BL Certificate from Nigerian Law School, Lagos. He later returned to Ahmadu Bello University, Zaria in 2008 where he acquired his LLM on International and Criminal Law. Hon. Ishaq Usman Bello also received an Honorary Doctorate Degree in Law from Caribbean University.

He started his work career as a Youth Corp Member in 1983 at the Ministry of Justice in former Edo state. He went into private practice in 1984 and worked as a legal practitioner at Umaru Yabo and Co. in Sokoto State. He was appointed a Magistrate in 1985. In 1987 he became the Head of Legal Recovery Department at University Bank of Nigeria Plc, Kaduna. Hon. Ishaq Usman Bello rose through the ranks of the Judiciary to become a Judge of then High Court, FCT between 1997 and 2015. He was made the Chief Judge of High Court, FCT, Abuja on 28th May, 2015 to date.

Hon. Ishaq Usman Bello has served on several bar/Bench committees before his appointment as a Member, National Judicial Council. He has also handled huge special responsibilities under  the Judiciary including; Chairing  Election Petition Tribunals, representing Nigeria and leading brother judges to attend Conferences, symposiums and Seminars around the world. He has written significant publications and presented papers geared towards advancing the Judiciary. He is also a member of several notable professional bodies.

His hobbies are horse riding, traveling and reading.