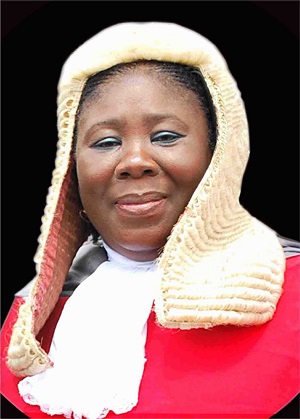 His Lordship has presided at various times as Presiding Judge in the State Judicial Divisions namely, Ife, Ejigbo, Ikire, Iwo, and Ilesa Divisions. His Lordship was also on National assignments and functioned as Member of National Assembly/Governorship and Legislative Houses Election Tribunals in Nasarawa State and FCT Abuja, in 2003 and 2007 respectively and Member of National and State Houses of Assembly Election Tribunal in Bauchi State in 2011.

His Lordship had attended various seminars and refresher courses in the judicial circle.

His Lordship is blazing the trail as the Chief Judge of the High Court in the area of restructuring and re-organizing the court system, rebranding the mentality and work attitude of staffs, attending to Judges, Magistrates and general staff welfare.

His Lordship has hobbies in the area of research. He is a widow with children.