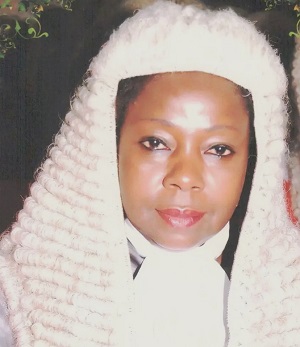 PROFILE OF THE CHIEF JUDGE OF RIVERS STATE

Hon. Justice I. A. Iyayi-Lamikanra, DSSRS was born at Ibadan, Oyo State.

His Lordship had her Primary School in Ibadan and Secondary Education in Lagos.  His Lordship obtained her First School Leaving Certificate (FSLC) in 1966 and the West Africa School Certificate (WASC) in 1972.  She attended the Ahmadu Bello University, Zaria and graduated in 1978 where she obtained a Bachelor of Laws Degree (LL.B). She attended the Nigerian Law School between 1978 and 1979.  She had her National Youth Service Corps assignment in Plateau State between 1979 and 1980.

Other positions of responsibility held by His Lordship are: Chairman, Elections Petitions Tribunal, Nchia and Port Harcourt in 1991; and is currently the Chairman, Rivers State Judicial Service Commission.  She has attended several Conferences and Seminars some of which are: The Alternative Dispute Resolution (ADR) Conference, Conference on Multi-Door Court House, The 2009 All Nigeria Judge’s Conference, Abuja, as well as Various Women Judges’ Conferences, Entry Courses, Associate Memberships of the Chartered Institute of Arbitrators, and the Commonwealth Lawyers Conference at Cape Town, South Africa, among others.

His Lordship is married to Oladejo Lamikanra, SAN, and is blessed with four children and grand-children.

His Lordship’s Hobbies include Reading and Music.